It's been a couple of months since I posted. I don't know where the time goes!  I just finished a week of Vacation Bible School...and boy! is that exhausting!  I think we had 450+ people there this week.  Busy, exhausting, but a lot of fun! I have had thoughts that maybe I'm getting too old for this!

I wanted to share with you today a group of 12 cards that I've made that will be used as a door prize for a women's conference coming up at my church in September.  I tried to get a good variety of cards that could be sent for different occasions.

I also made envelopes for all of the cards and a cute little "purse" to hold them all.  I found a tutorial video online that showed me how to make this card purse. 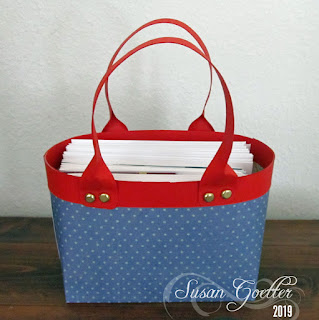 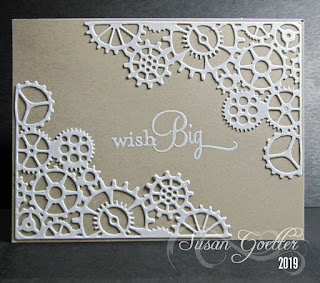 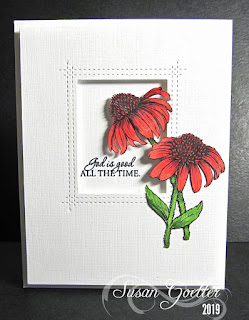 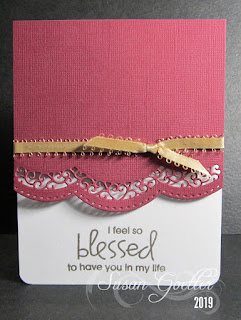 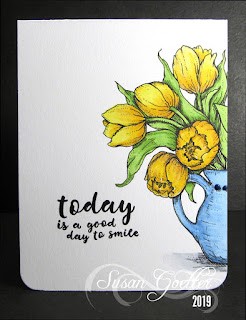 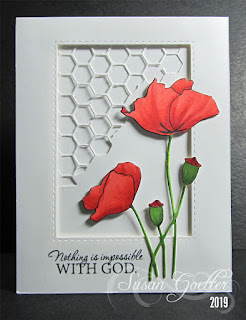 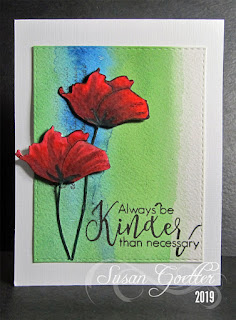 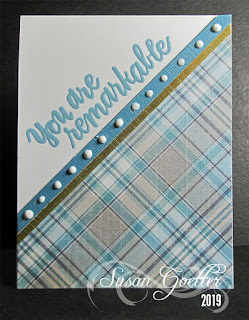 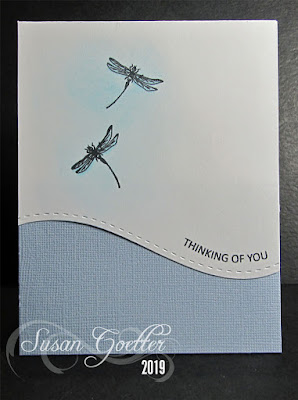 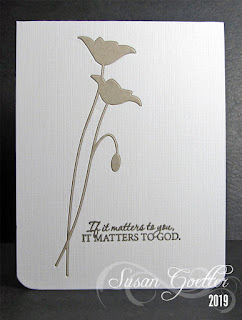 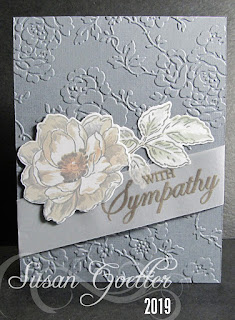 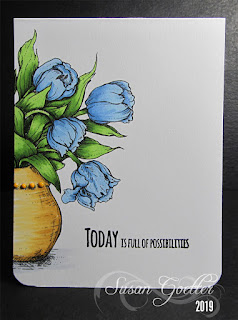 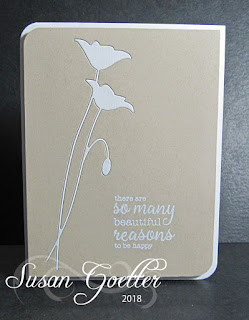 If you have any questions about any of the cards, just contact me and I'll get right back to you!

I've also managed to get a little scrapbooking done. Here's a couple of my newest layouts. 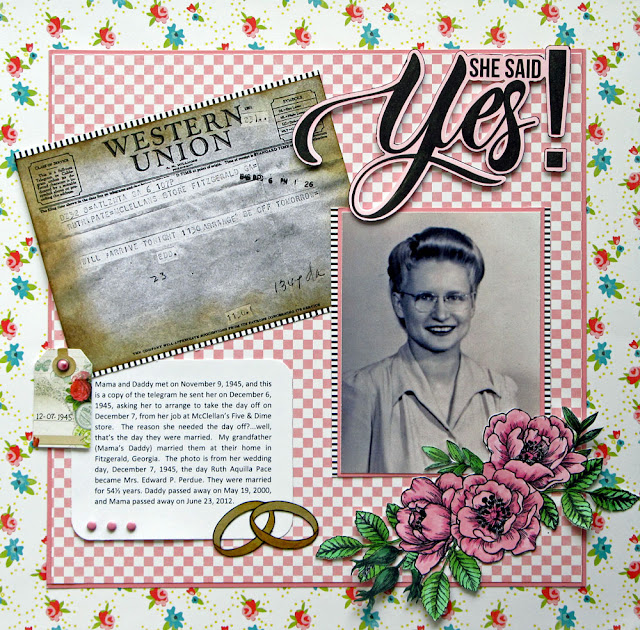 Photo of my mama on her wedding day...and a copy of the telegram my daddy sent her the day before they were married. 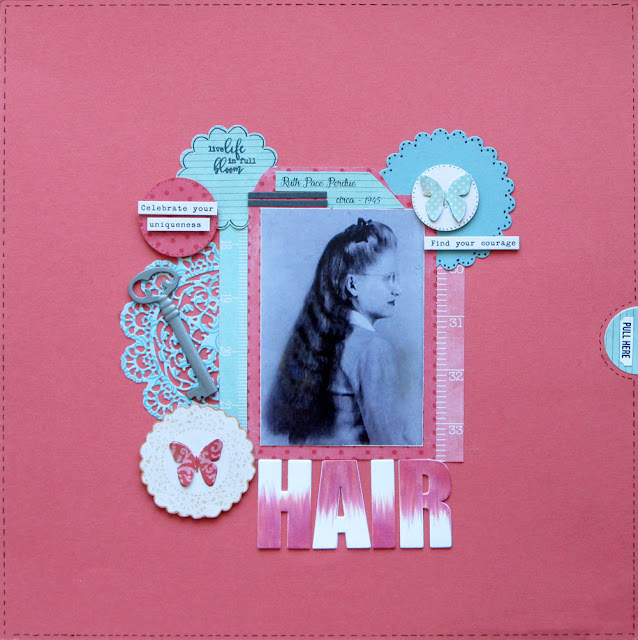 I don't remember my mama ever having long hair...she couldn't stand long hair and always made me keep mine above my shoulders...so this layout is all about her long hair.

I need to post more often!!! This post is incredible long...so if you made it through to the end...bless you!


Thanks so much for stopping by!  If you've left me a comment, please know that I sincerely appreciate each and every one!   Hope to see you again soon!

Back After a LONG break!

LONG POST!  That's what happens when you don't post for 7 months! Sometimes I just don't know where time goes!  I can't believe I haven't posted since last August!  It was probably last August that I began making Christmas gifts for my children.  I bought each couple two sets of towels (towels, wash clothes, and hand towels) and monogrammed each towel with their last initial.  Here's a sample: 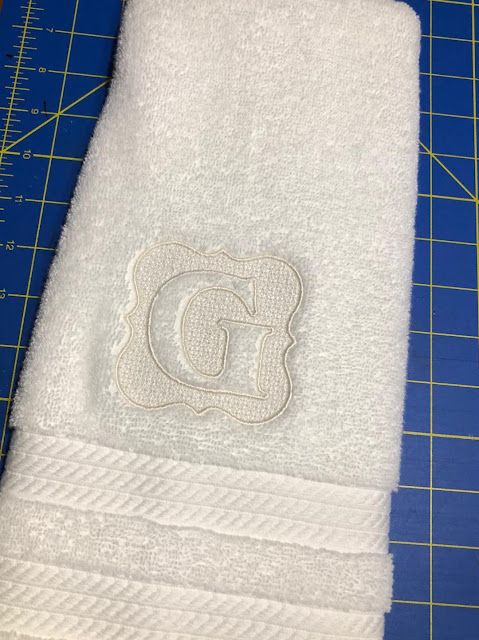 I think I monogrammed 22 towels in all for the adults!  I love the way they turned out too! I only give Christmas gifts to the grandchildren that are 18 and under, so this year I needed 7 beach towels, so I  monogrammed one beach towel for each with their full name.  Motive to my madness...now when they come over to swim, we'll all know who didn't pick up their towel off the pool deck! LOL! 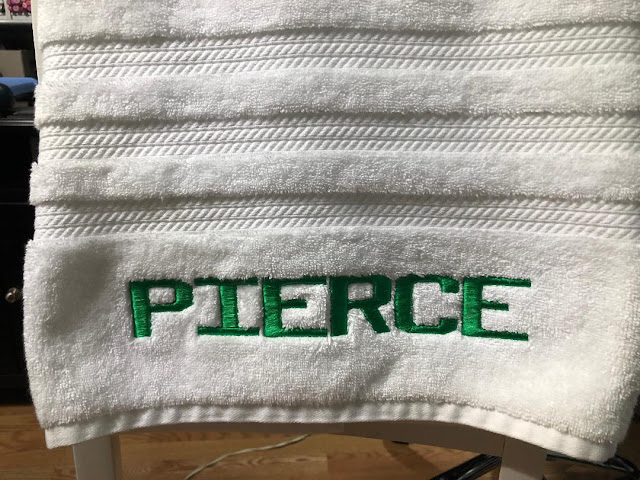 I've made many cards, but didn't take photos of them.  Seems like I'm always rushed and need to get the cards out right away.  I have managed to get a little scrapbooking done in the last several months though.  Here's a few that I've completed. 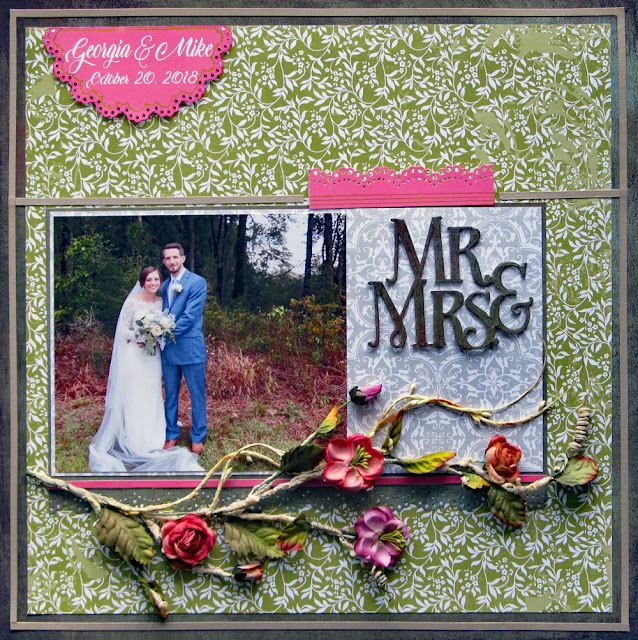 Photo of my beautiful granddaughter, Georgia and her husband, Mike. I used Echo Park Victoria Gardens collection, and the solid green is a really old piece from Basic Grey. I cut the title work with the Cameo, coated it with clear Wink of Stella, then added glossy accents on top. The blooms are something I found in my stash from Prima (I've had it forever!) I designed the tag at the top in the Silhouette program and then popped it with foam tape. I cut thin strips of gold card stock and framed the edges of the layout. Journaling is behind the photo strip. 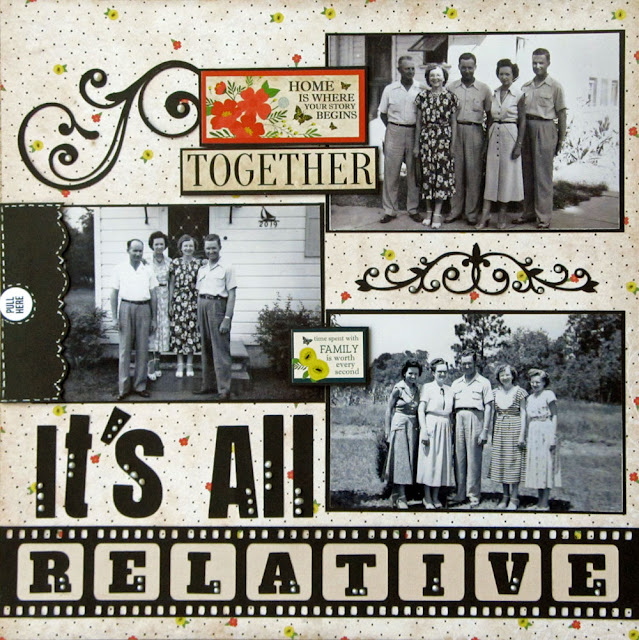 Photos of my Mama and her siblings. Not sure of the date but I'm guessing sometime between 1945 and 1948. This was all eight of the Pace siblings. I used Carta Bella Our Family collection for this layout.The title work was cut with the Cameo, including the filmstrip piece which I backed with a cream colored paper before adhering the letters. I added some Nuvo drops on the letters. Swirls/flourishes were also cut with the Cameo and Nuvo drops were added to them also. Quotes and sayings were part of the ppr collection and I backed them with black paper like I did with the photos and them popped them up with foam tape. Journaling pulls out from behind the photo on the left and basically just tells who is in the photos. I added faux stitching with a white gel pen on the journaling tag. 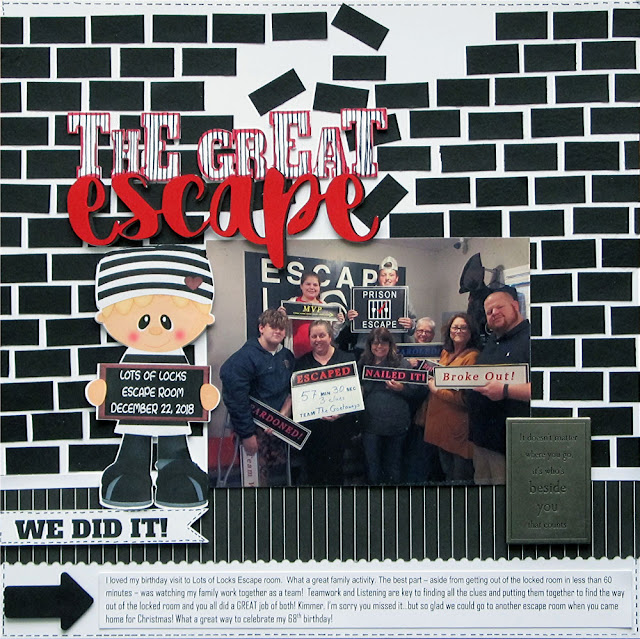 Photo of our adventure to the Escape Room...Lots of fun! I cut 1/2 inch strips from black card stock and built a wall on a white background. The little prisoner is a print and cut file from the Silhouette store. I made a sign to go over the sign he was holding to show where we were and the date. I designed the title work with the Silhouette program and cut out 4 layers in white, then cut a black and a red "escape" to layer over the white. I printed the tag "we did it" and popped it up with foam tape. The arrow is a Hero Arts die. The metal tag is REALLY old! I think I've had it since I started scrapping 20 years ago!! It says: "It doesn't matter where you go, it's who's beside you that counts" So true! Journaling was computer generated and reads:

I loved my birthday visit to Lots of Locks Escape room. What a great family activity. The best part – aside from getting out of the locked room in less than 60 minutes – was watching my family work together as a team! Teamwork and Listening are key to finding all the clues and putting them together to find the way out of the locked room and you all did a GREAT job of both! Kimmer, I'm sorry you missed it…but so glad we could go to another escape room when you came home for Christmas! What a great way to celebrate my 68th birthday! 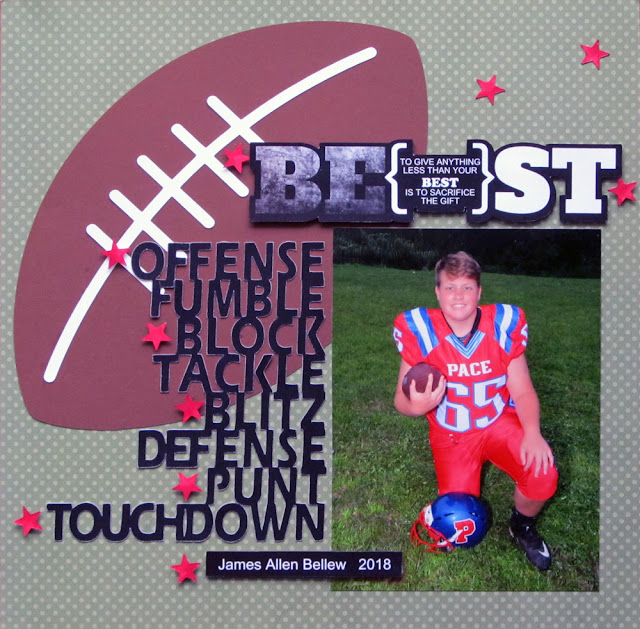 This handsome young man is my grandson Allen, in his football gear for this season's football. The background paper is an old piece of Bo Bunny dotted green paper. Everything on this was cut with the Cameo with the exception of the photo. I saw the stacked letters on a layout on Pinterest (you can find it on my Pinterest boards), so I designed my own and stacked them then cut them out with the Cameo. The title work I also designed in the Silhouette Program. I also saw it on a layout on Pinterest, but I believe it was a digital page, so I just made my own title, created a backup layer in black then printed it and cut it with the cameo (turning off the cut lines for the actual words and just cutting the outline of the image). The name tag was also created in the Silhouette program and cut out. The big football was an image I have in my library that came from the Silhouette store. Stars were also cut with the Cameo. Quickest layout ever....once I finished designing all the elements! LOL! No journaling on this one, the photo is pretty self-explanatory. 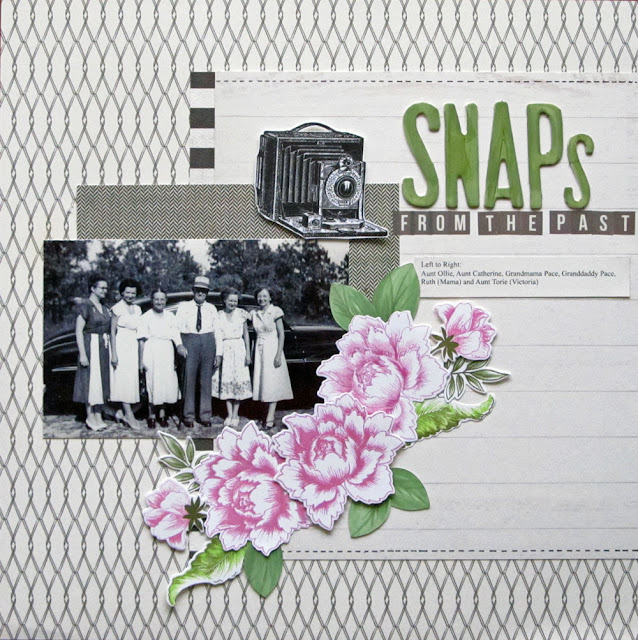 Photo of my mother and her sisters with her parents. Not sure of the year. I used ppr from the Carta Bella Welcome Home collection. Flowers are a stamp from Altenew as are most of the leaves. The smaller dark green leaves were cut with the Cameo and colored with Copic markers. The flowers are pop dotted around the photo. The large letters in the title are from a VERY old alpha set in my stash. The smaller letters are sticker letter (also very old items!) Journaling tells who is in the photo and was computer generated. I added a bit of doodling on the top and bottom of the light mat. The camera is a clip art I've used on layouts before...it was brought into my Silhouette program and re-sized to a size that would work well on this layout. The herringbone patterned paper is from a 6 x 6 paper pad from Crate Paper. 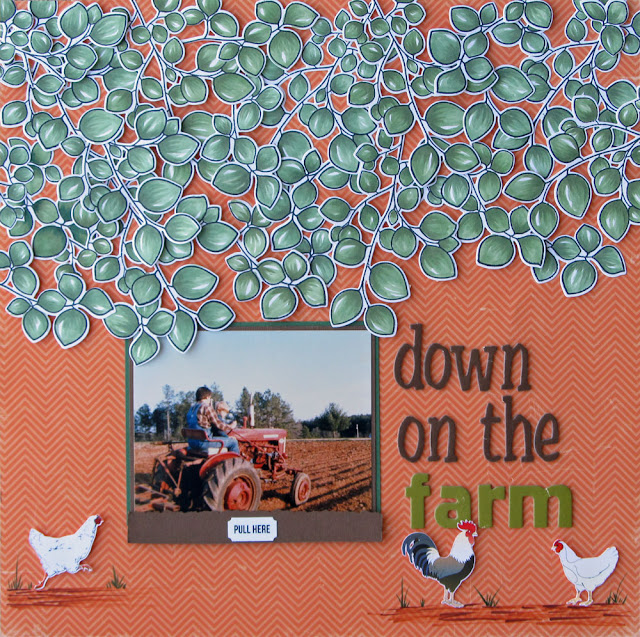 Layout of my son when he was about 4, riding the tractor with his uncle Jerry.  Leaves were stamped and cut with die.  Chickens were printed and cut with the Silhouette Cameo. Journaling is tucked behind the photo.

I also had to have some surgery to remove a growth from my neck right under my right ear.  Thanking God that it was benign!  Surgery took 2.5 hours and 25 staples down the side of my face and neck and it's taken me over 2 months to get over it.  I didn't bounce back nearly as fast as I thought I would! Feeling much better now, so hopefully, I'll be back to normal soon...whatever normal is! LOL!

Thanks so much for stopping by!  If you've left me a comment, please know that I sincerely appreciate each and every one!   Hope to see you again soon!