I've made a few cards this week, and thought I'd link them up to several challenges.  I even made a card or two that would fit more than one challenge!  Yay, Me!


I will be playing along with the following challenges:  CAS(E) this Sketch, Happy Little Stampers, CASology, and Merry Monday!  Whew! That's a LOT of challenges for me! 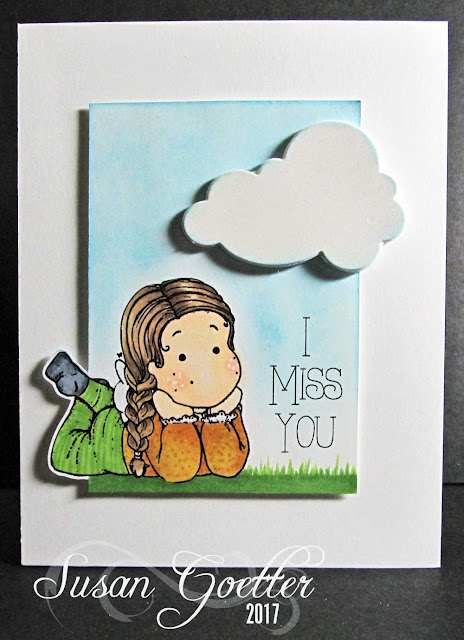 This first card is for CAS(E) this Sketch.  I used a really old "Magnolia" stamp.  When I saw this one, I just had to have it...and I probably haven't used it 2 times!  The little girl was facing the wrong way, so I scanned the stamped image into my Silhouette program and flipped her horizontally, then used the trace feature to trace her and then welded the image into a rectangle, so that I could cut out just her legs with the Cameo.Much easier to do than to explain! LOL! I cut the cloud (SSS) from the rectangle, then ink blended the blue sky before popping the cloud back in (raised with foam). The little girl is colored with Copics and the sentiment is computer generated. 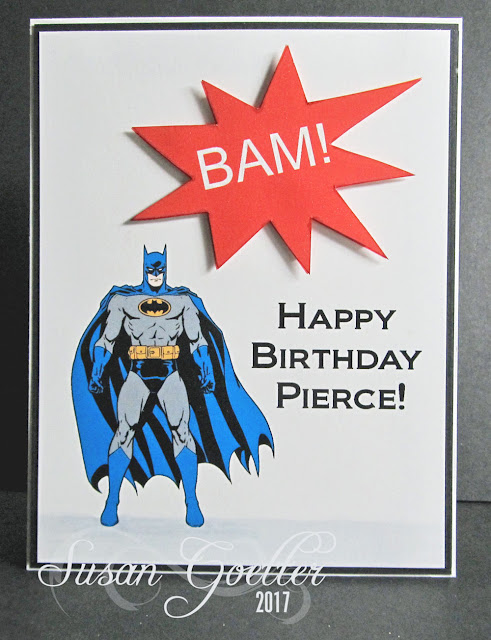 This second card is for the CASology challenge with a cue word of "hero".  My youngest grandson is a HUGE fan of Batman, and even though his birthday is a ways away, I thought I'd get his card done for him.  The Batman image is from the Silhouette Store.  I created the "Bam" accent in the Silhouette program as well as the sentiment.  I printed all of this out and cut it to 4 x 5.25 inches.  I colored in some "ground" under Batman.  I also printed out another of the "Bam" stars and popped it over the one on the card.  I added a very small black border and adhered it to a white card base. 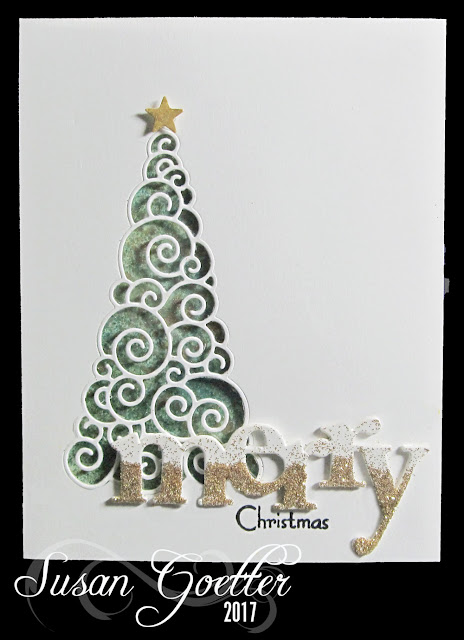 This third card is for a couple of challenges - Merry Monday and HLS - Anything Goes with Dies.  I used a Christmas tree die that I've had for a while and cut it from a card panel.  I had to add a piece of acetate behind the aperture so that I'd have something which I could used to adhere my tree back in the aperture.  I then popped that panel over a inked panel.  To make the inked background, I used the TH spritzer, and my Tombow markers and spritzed two different colors of ink on a small panel that would fit behind the tree.  I then used my WOS silver and gold pens and flicked some of the sparkly WOS onto the green.  It's difficult to see, but there's really a lot of shine behind the tree.  I cut the sentiment "merry" (SSS) from card stock and from foam, then added a bit of glitter to the bottom portion of the letters.  The "Christmas" is from DRS Designs.  The star is popped with foam tape, and painted with gold WOS. (Cut with a SSS die) 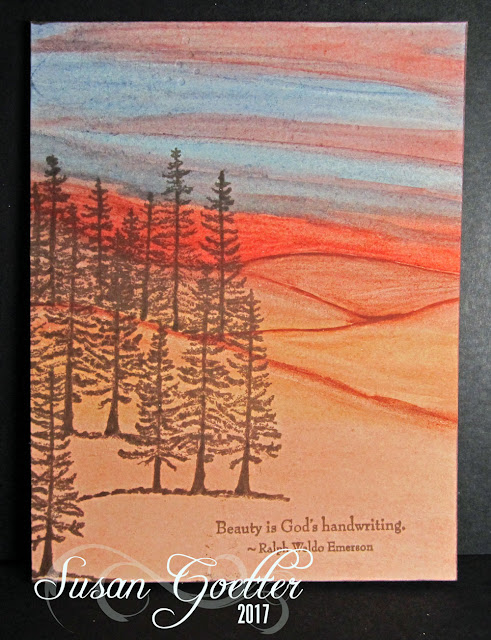 This last card is just me playing around with some water colors again.  I wanted to create a "scene", but this one fell a little short of what I was trying to do...but it's okay.  If practice really makes perfect, then I should be getting better at this, don't you think?! LOL!

That's all for me today....As always, thanks so much for stopping in.  I appreciate your visit...and I appreciate each and every comment!