You still have time to leave a comment for the drawing on the 31st.....Did you take a moment to leave me a comment on this post?  I'm going to be giving away a nice gift card to one lucky person  in celebration of my 4 year anniversary as a blogger.   Couldn't YOU use a gift card for craft goodies??

Now....on to the challenge...
Susan at Simplicity posted challenged #75 on Wednesday.  I actually got a few cards made for the challenge but didn't really like any of them and wasn't going to post them, but....I changed my mind. Cards for a guy are really the most difficult to make for me.  I always struggle with getting a good balance and still keeping it masculine. 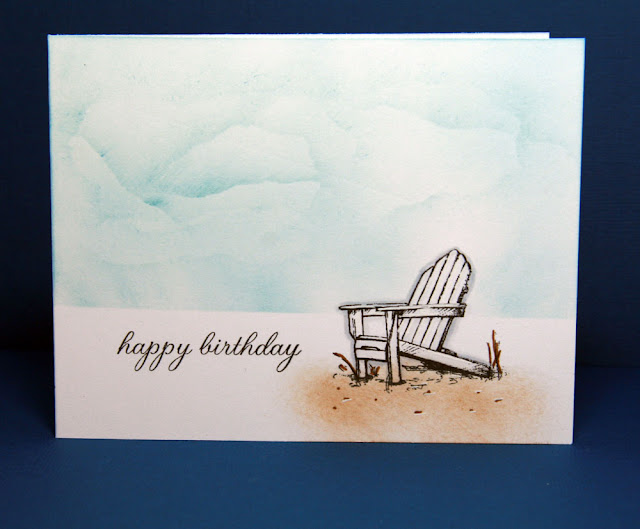 Out of the the four cards I made, this first one is probably my favorite.  Nothing special about it...it's just peaceful.  The image and the sentiment are both from Flourishes.  Did a little coloring and a bit of shading with my Copics and sponged in a touch of brown for the ground.  The sky was sponged over a torn edge that I just kept moving around.  I have a nice horizon...maybe I should have put some water on here?  Nah.... 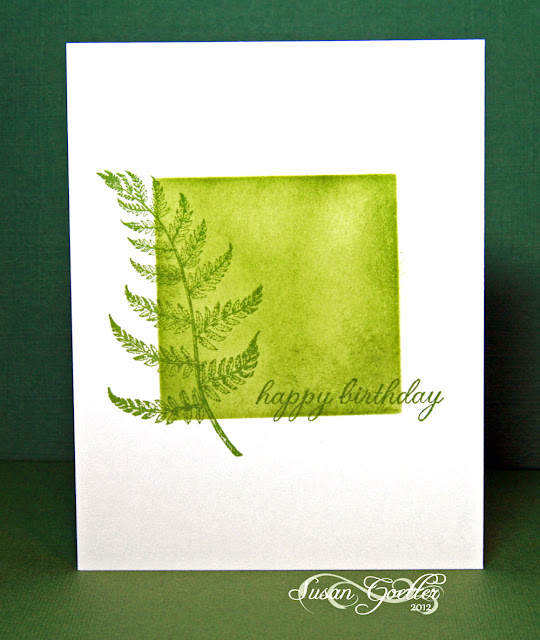 I've made one like this before, except this time I masked off the square and sponged it with DI - peeled paint.  The image and sentiment are both from Flourishes. 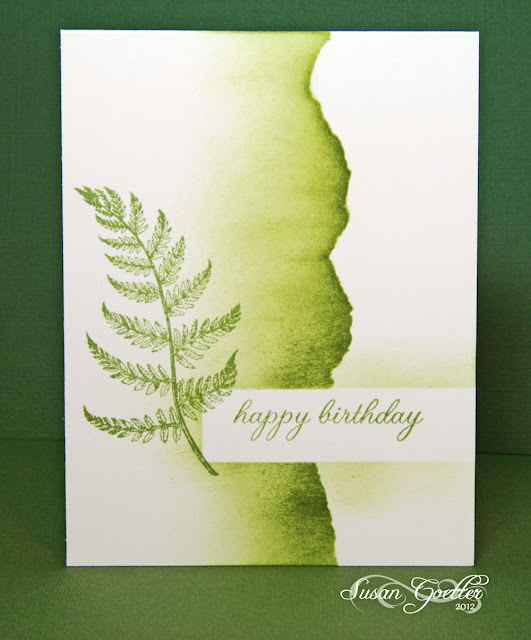 Same concept for this one basically.  I used a torn edge and sponged with the peeled paint DI.  Kind of gives it the look of torn paper and layers.  I used a straight strip of paper and masked the area where I wanted the sentiment, then put the torn paper over that before sponging the ink on.  Then because the sentiment strip looked stark, I sponged just a tad of green on the edges of it after taking the torn edge off.  Sentiment and image are from Flourishes. 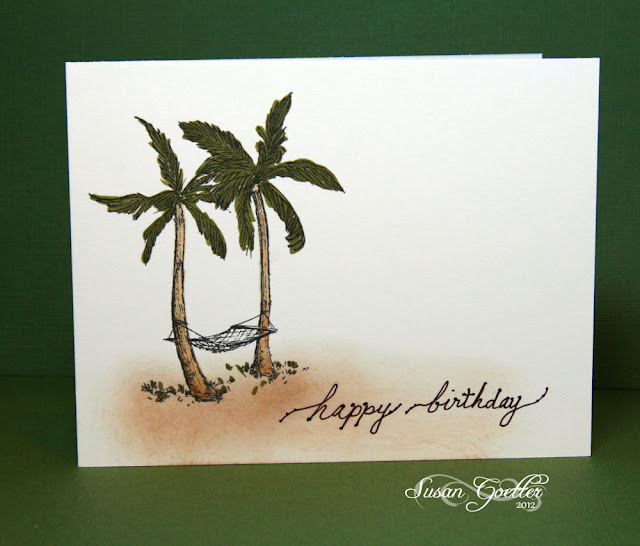 Looks like it was a Flourishes kind of day for me.  This image is also from Flourishes (the same set as the chair).  I colored with Copics, sponged in a little ground. Then, because I wasn't crazy about the card, I just hand wrote the sentiment and added a few dots to it....should have used a stamp!
Thanks so much for stopping by!  I appreciate all your comments...and I really hope you'll stop by this post and leave a comment so that I can put your name in the drawing for the gift card.  Until next time....

I'm so glad you did post these cards - I think they're super. I do like the first card - it's a lovely quite picture. But my favourite is the third card with the torn edge and sponging. Would you mind if I CASE this at some point?

I think you did an amazing job on all of these cards! And that hammock is all guy!

Hi Susan, They are all outstandingly beautiful!! love the detail you do and the layout...... stunning:) Sandra H

Susan what a stunning quartet, like you I love the serenity of the first card.
Anne
x

Faith A at Daffodil Cards said...

Glad you showed us these cards Susan, they are all cracking good masculine designs! Love the scene on the first...the sky is brilliant and the torn inked edge on number three is such an illusion :)
Jenny x

Oh my...I kept going, saying, "Oh, I like that one....and that one....and THAT one!!"Wow...you went to town creating...and what a wonderful array of handsome cards! I really love the green ones, but the one with the hammock just screamed "man"...beautiful cards, Susan!!!

Susan, you really are too hard on yourself. These are all fabulous, and I love seeing the variety. I found myself imagining men I know who would get each one!

Just discovered you tonight and you are amazing. Your creations are beautiful. Thanks for sharing!